Home History Whats On Contact Us Gallery W I BKV 2016

Several old photos have surfaced recently. Most are of the pub, which was then called ' The Kings Arms'. One of them has been taken in the winter of 1981. There is also one that includes Court House, the barn that is now Dovecote Barn and the Dovecote as well as an aerial shot showing the school and pub.The photos will run continuously as a slide show.

The picture shown below is of the village showing the glasshouses of the Welsh Land settlement. A major part of the valley was purchased as part of the Welsh Land Settlement Society. Established in 1936, with the aim of providing employment for men from high unemployment areas, it was an agency of the Ministry of Agriculture, Fisheries and Food

The man in the overalls walking up the village is Mr Edgar Daw, who would have been in his 30's then.

The Society set up ' Welsh Land Settlements', throughout Wales, purchasing land for small labour-intensive farms. Local farms were: Llanfair Discoed, Caerwent, and the Leechpool Smallholdings Settlement near Portskewett, with Llanfair being a major centre with the big piggery, large barn for grain storage, and the glasshouses.

After the Second World War, the farms proved unable to meet early market requirements, and the company's land and other interests were transferred to the Ministry of Agriculture and Fisheries and finally sold off to local councils.

The valley is very good rich soil for growing crops, although due to the changes in farming you wouldn’t think so to look at it today.

The cottage/house known as “Ty Celia” was the original shop and sold sweets, closing in the 50’s. The name refers to Celia Davies who lived there until she went into the Burton homes in Caerwent in her 80’s. Celia lived on Gray Hill in the last house on the left of the lane (now a ruin). Miss Davies moved down off the hill into the cottage at the start of the 1950's, she never had running water in the house or electricity.In fact nobody in the village had tap water until the mains were installed at the start of the 60’s. Everybody used to fetch water from the communal Water Tap about 50 feet up the lane at the side of the pub!

There is also a very interesting essay by Bill Marsh about Old Llanvair Discoed on the Caerwent Community website.

The Legend of the Devil's Stone

The standing stone in the field known as ' the warren' below the castle is the ' John of Gaunt stone'. The story goes that John, a local gentle giant challenged the devil to a throwing match. If John won, the devil would leave the residents alone. So they both stood on the top of Gray Hill and grabbed a handful of stone and hurled it toward the river. John's stone landed in the field and the devil's stone landed in the River, now being known as the “ Denny Island ”. Of course the stone is approximately in line with the stone circle on the hill and around the same age.

A bit of gossip

I have it on good authority that, long before conversion, the barn that is now ' Castle View Barn' was visited by most boys and girls of a certain age... Would anyone like to volunteer more information?

It was also the barn in which the Valentine dance was always held after the Welsh Land Settlement barn was dismantled. 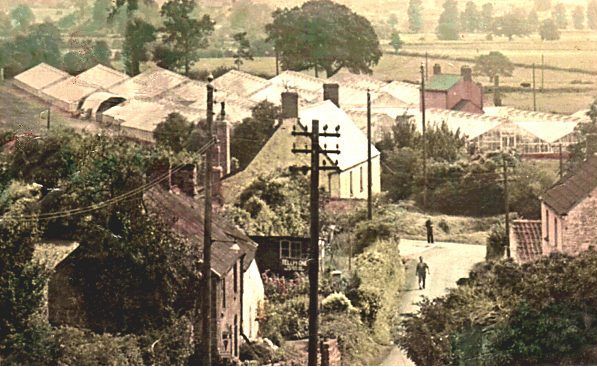 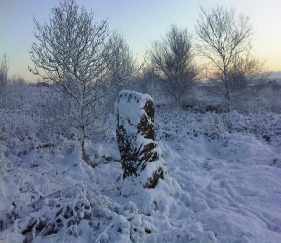 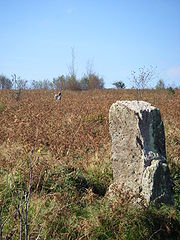 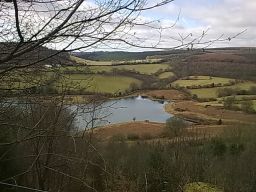